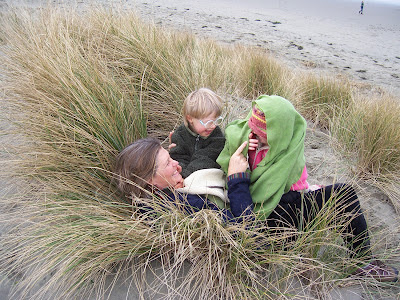 My three-year-old son is going through a hitting phase, especially with his six-year-old sister. He now walks by and smacks her or hits her out of the blue while playing...

Three-year-olds want to be more social, this is typical as they begin a new stage of development which is to make friends--the drive is VERY STRONG. But, they might not have the "social skills" necessary for success!

Whenever your child hits a sibling or another child you need to reenact it but with words (he goes back to the other child, but this time you will help him use words).

I feel like a broken record of telling him how hitting hurts and giving him examples of gentleness and kindness.

A three-year-old is no longer a toddler so he has more self-control, and he understands being gentle (and he's heard it over and over as you stated!). What he needs now is to be told, "Use your words." But also he needs help finding the words and expressing them to others. (This is not uncommon for young boys!)

I am wondering you have any tips on how to manage this new behavior.

I also suggest reading the book, Hands are not for Hitting

Storytelling: We gave puppet shows every day at storytime, and we acted out the issue of the day with the puppets. If a child was hitting instead of using words that day, we would reenact it using the puppets! And the children often did their own puppet show and copied the teacher!

There is a wonderful book about using stories for challenging behavior: Healing Stories for Challenging Behaviour.

It is a great indirect way to deal with issues in the home and in the classroom!

You may also be interested in my Montessori and homeschool programs for birth to nine-year-olds at Montessori for the Earth.