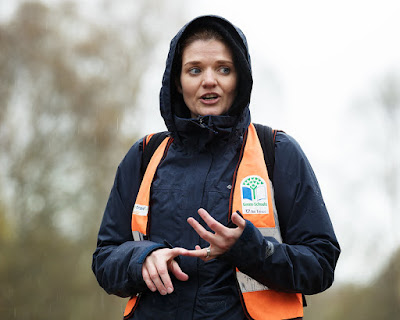 I am just now getting into Montessori and I have LOTS of decisions to make. I am located on the West Coast but will be relocating to the East Coast in a couple years. I am stuck between AMI [Association Montessori Internationale] vs. AMS [American Montessori Society] training and was wondering which one you did? From looking at their websites, it appears as though AMI is more popular on the West Coast than on the East Coast? I was wondering what your experiences have been with AMI vs. AMS?

The Montessori training programs I took in the 1980s were by the headmistress, Ursula Thrush, who was AMI trained in London. She did not affiliate with AMI or AMS in her training... until much later (including after I took my 3-6 and 6-9 training with her). But I'd say it was closest to AMI.

The Montessori school I taught at had a director who was AMS trained. Eventually, the school became AMS-affiliated.

I always preferred AMS schools, they tended to be more progressive and open-minded. The AMI schools tended to be very traditional and did not leave much room for "flexibility."

This became very apparent after my son was born with Down syndrome and I started observing Montessori schools in my area: the AMI schools I visited were not a good match for my son, nor did they welcome him (going to their school) with open arms. Whereas the AMS schools I observed had a terrific attitude towards the prospect of having a Down syndrome child in their school.

I recommend that you observe and visit both AMS and AMI schools to see that difference for yourself, you may prefer the more traditional style of AMI or the more progressive style of AMS.

I work at an AMI Montessori school as a toddler assistant right now, but I am at the point where my school would like me to further my Montessori schooling. The only problem is that the nearest AMI training program is in S. D., a little too far for me to drive every day as I have a lease here in O. C. There is, however, an AMS program in the same city as mine! My school says I cannot move up with the AMS certification, but I'm aware there are AMS schools all over. I was wondering your thoughts on the differences between AMI and AMS training, and any advice for me on what I can or should do.

My overall view in a nutshell: AMI is more traditional Montessori (and a little stuffy to some), AMS seems (to me anyway) more progressive and flexible.

The best way to learn the difference is to go and observe both AMS and AMI affiliated schools (when you can take a personal day off or have "an appointment").

The Montessori school where I taught off and on for twenty years eventually became AMS affiliated, but some of us teachers had AMI training. The director had AMS training. Our director liked the fact that some of us were AMI trained. She got the best of both worlds!

The strength of my AMI style training (I later learned) was Cosmic Education and the cultural subjects! I seemed to have better training in these areas compared to the AMS-trained teachers (and director).

Over the years I have observed a lot of schools, both AMS and AMI, especially when my son was born with Down syndrome and I was looking for a Montessori toddler program for him. Most of the AMI schools I visited were not very welcoming to that idea, but all the AMS schools I observed welcomed us with open arms...

I loved the AMI training but preferred the AMS schools. (Maybe that's why I stayed at the same school for over twenty years! We had both!)

You can also go and talk to the AMS training administrator and ask questions, maybe even observe a training class... AFTER you've done your AMI and AMS school observations (try to see at least one AMI and two AMS schools).

I don't have a problem with you taking the AMS training, and working at an AMS school later on down the road.

You may also be interested in my online Montessori and homeschool for birth to nine-year-olds at Montessori for the Earth. ~Lisa Nolan