Tot Having Trouble After Mom Takes Bottle Away 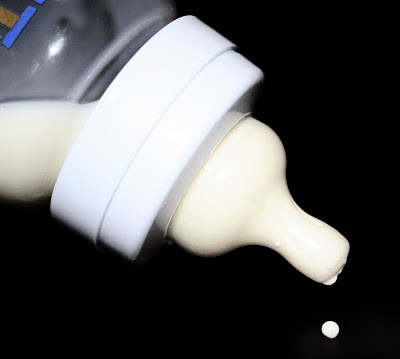 Can you please advise me on an 18-month-old in our Montessori class who used to be very enthusiastic about doing activities but now he has lost interest? We were wondering if it is because lately, he has had his bottle taken away because his mother would like him off the bottle and be spoon-fed, instead. But he has lots of trouble self-feeding and we try and feed him.

The child probably was using the bottle as more than food: it became an attachment object, a soother. If the child is no longer allowed to have a bottle, he needs something else, like a favorite object from home or a blanket (and is allowed to have that object at nap time).

As for spoon feeding, give the child food that does not need a spoon (finger food).

And when the child is ready for utensils, forks are much easier, and spoons are harder, so allow (in a few weeks) the child to have a fork and food that is cut up (for the child to pick up with a fork).

So, give the child finger food, no more feeding him with a spoon.

Allow the child an attachment object from home to have at naptime.

In a few weeks, give the child a fork, and food in a bowl that is easy to pick up with a fork.

Lastly, at snack and lunchtime, have the child sit in between two older children who are using a fork and spoon and self-feeding.